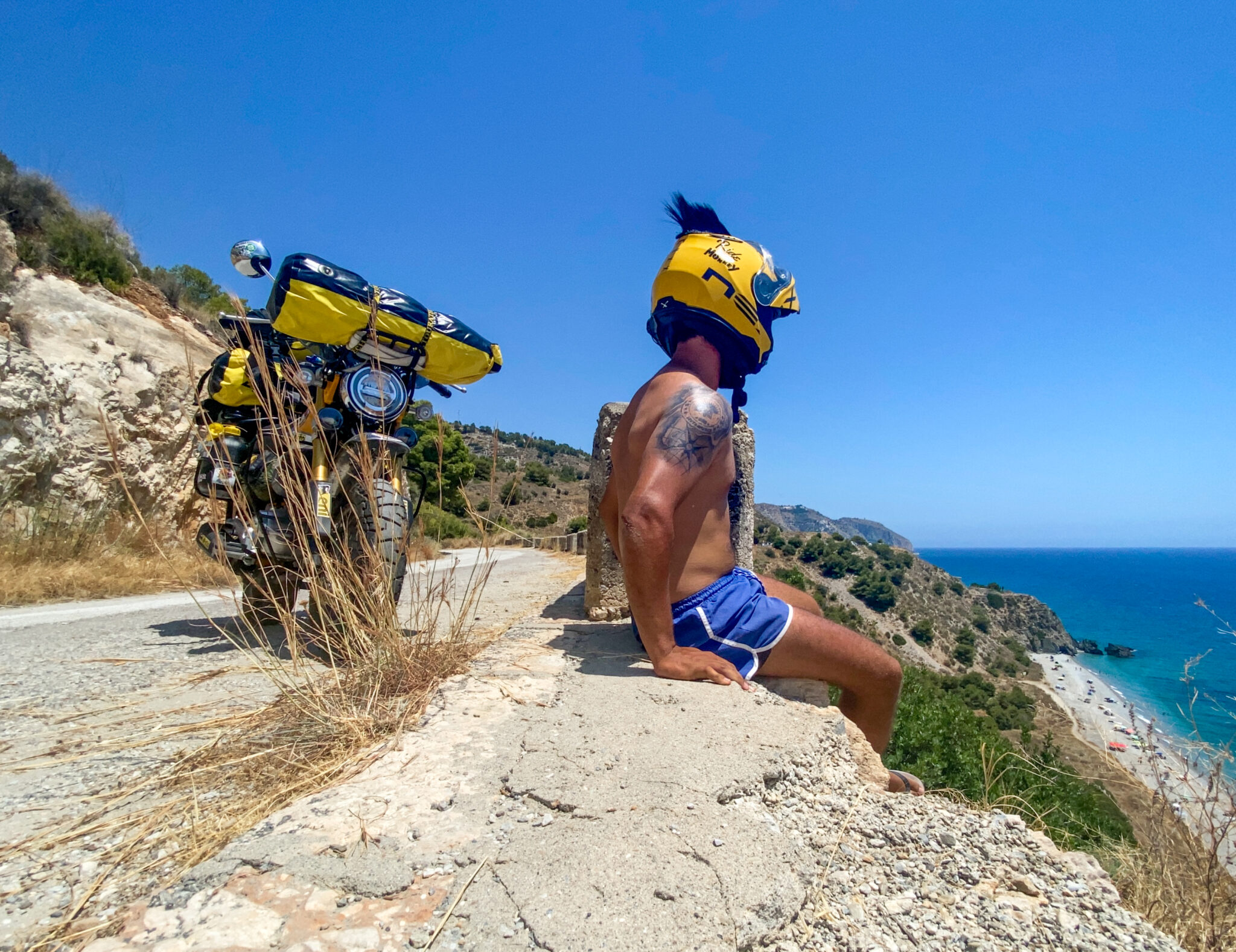 On arrival at the coast of Murcia I was received by my great friend Alex Carceles, a friendship that has lasted for 7 years since his Erasmus in Coimbra, where we share a house and many sleepless nights.

The next day after a few dives in the pool of Alex, a visit to the beach and a big lunch, I went to Valencia. In this city I was received by Martin, a German living here in Spain, whom I met through Couchsurfing.

After Valencia my destination was Tarragona, I was received by Juan and Ulises in a small pueblo called Constantí. I also met them through the Couchsurfing app. The sharing with Juan, who is 71 years old, was spectacular, he is really awesome and gave me everything he had during my two days of stay! He even got up at 7 am so I could eat a tortilla and take it on the day of my departure

After this I visited Barcelona and I stayed there for a few days. Then I continued the road!