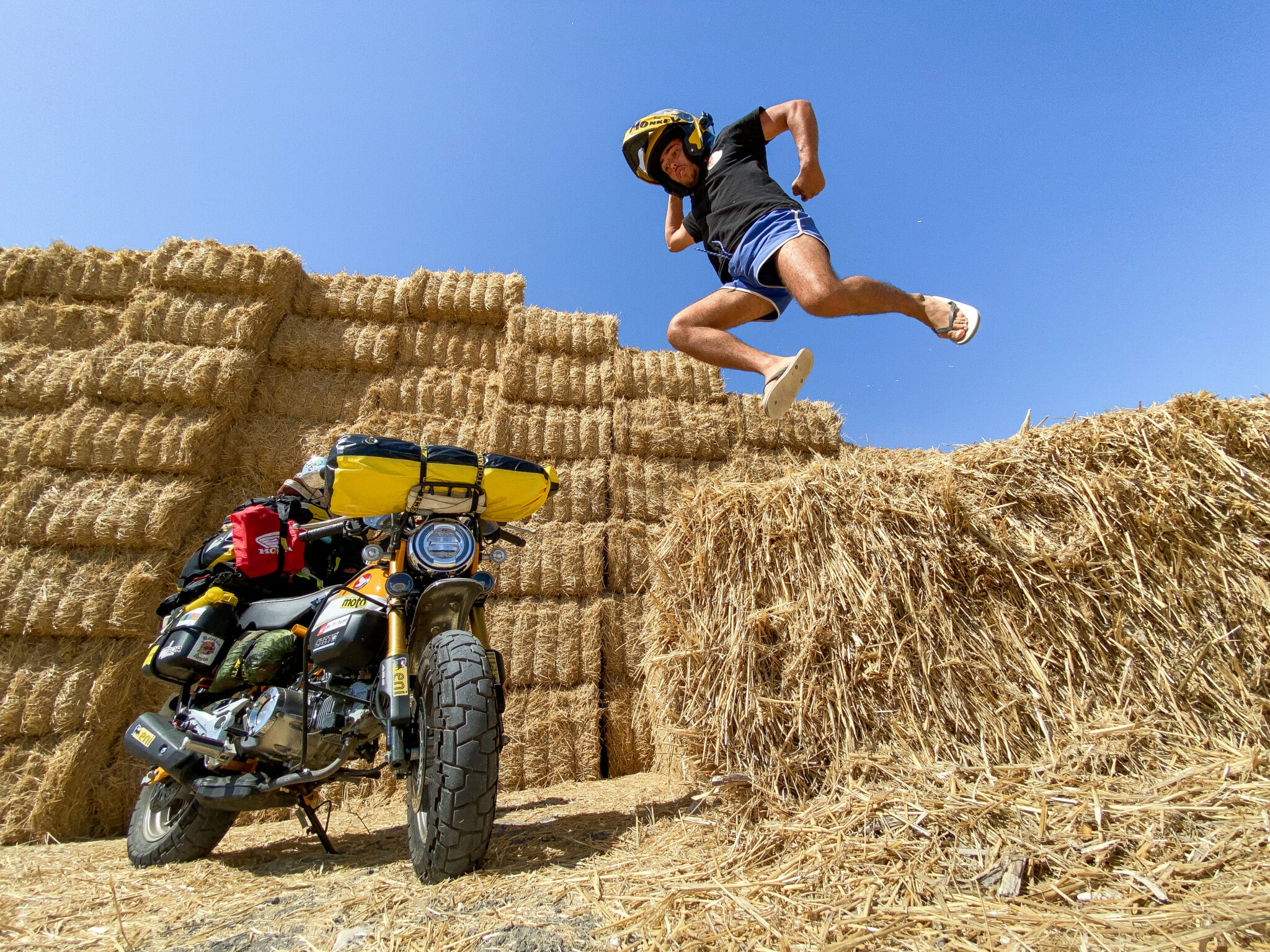 On the 13th of july I left Mérida in the late afternoon, the temperatures in these areas of Spain were over 40 degrees with crazy thermal sensations. On the way it was late and I decided to stay camped just a few kilometers from Seville, in El Ronquillo … it was a difficult camp, with a massive attack by thousands of mosquitoes.

On the 14th of jully I arrived in Seville and at the first cafe I stopped I was approached by a Portuguese family, Paula and her son Ramon. After a short conversation, I was immediately invited to have dinner and stay at their house, it was spectacular!

The 15th of july, was the day to go to “Isla Mágica” and have the opportunity to meet thevancations, who through mutual friends, contacted me on Instagram and invited me to spend the night with them. An incredible evening with a view over the city of Seville!

On the 16th of july I was in Ronda and the day after I went to Malaga to visit my great Erasmus friends!