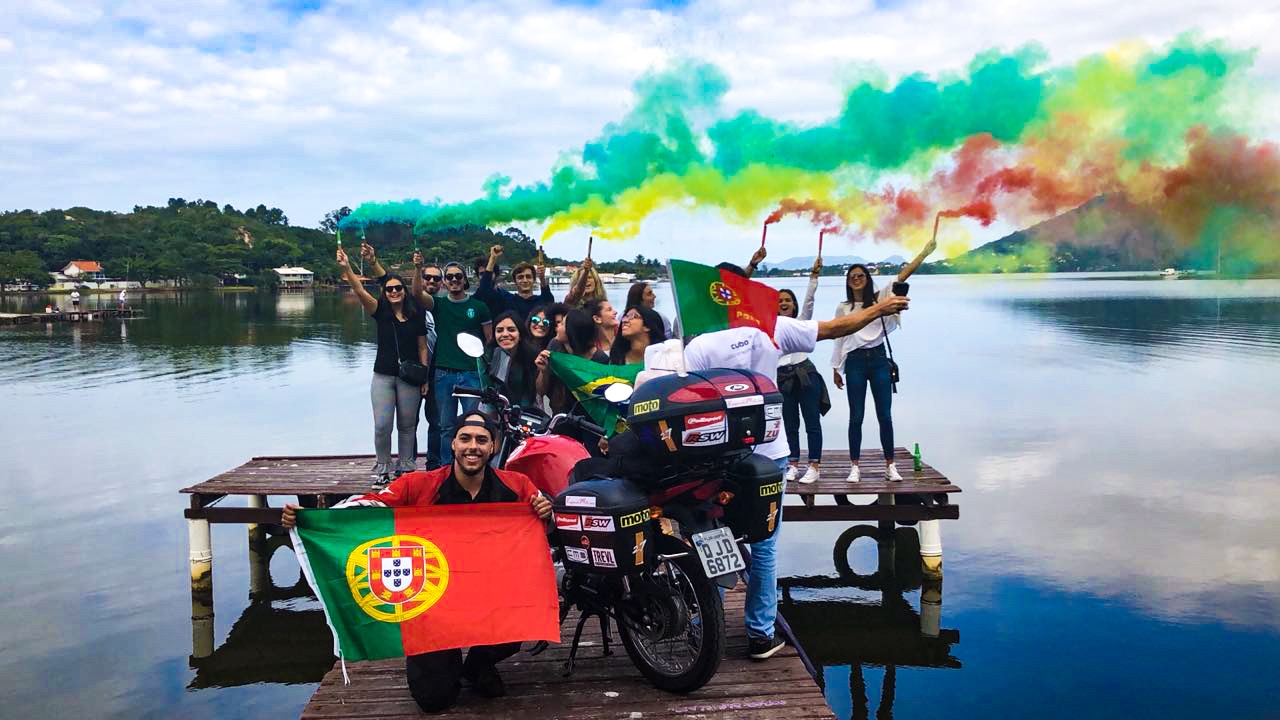 At May 25th my project started to set a world record by riding around all South America on a 125cc motorcycle!
I left at 2PM from the city of Florianópolis in Brazil, where began the journey of 4 months (120 days) to travel overlanding all countries of the South American continent! The first planned stop was the Iguazu Falls and then Paraguay, to later go to all the other countries by land!

Many thanks to all my friends who were present in the start of this adventure, including a pyrotechnic show of smoking torches with the colors of the Portuguese flag and 3 minutes of fireworks, showing a great affection for me. I would also like to thank everyone who helped make this project a reality, Daniel Tavares who handled the graphic part of the project, Felipe Souza who helped with all the mechanical and brand support, among many others who made their important contribution !