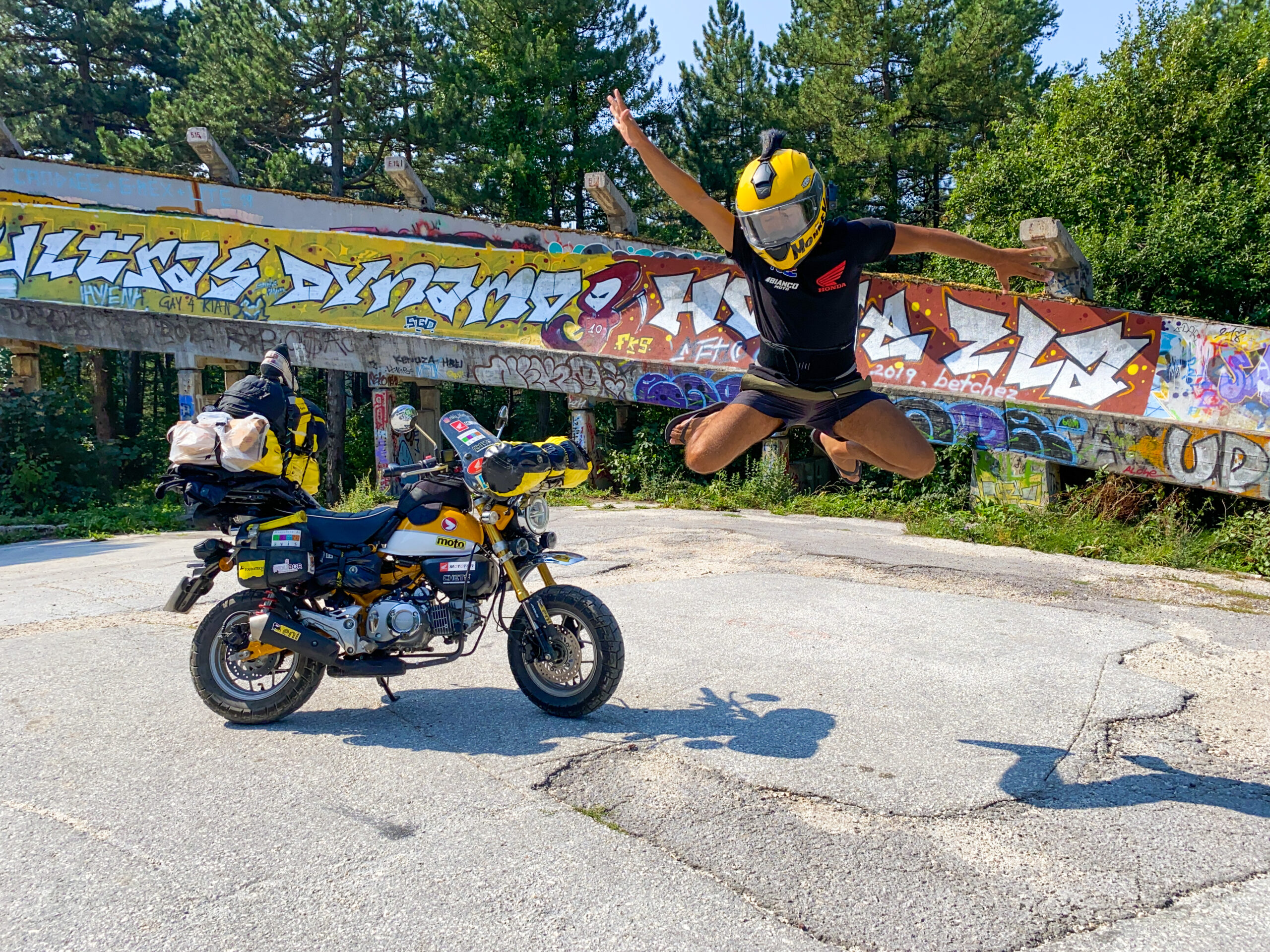 After leaving Split, I headed towards Bosnia. I tried to enter different borders and I was always stopped because they forced to have a negative covid test. I decided to go towards Neum, which is a small area of ​​Bosnia coast that crosses Croatia and they let me pass there… as soon as I entered I went to the interior of Bosnia and managed to arrive to Mostar.

In Sarajevo I had the opportunity to ride on an abandoned bobsled track… I visited the ruins of the 1984 Olympic Games and headed towards Dubrovnik, where I was welcomed perfectly by the moto klub Dvije Rote and stayed asleep inside the headquarters, amazing.

Two days ago I entered Montenegro and the moto klub Cruiser from Herceg Novi was waiting for me with everything too, a lot of food, a lot of beer and a very good mood. It was to stay just one night and I ended up staying two because the party was too strong and the television came do an interview in the morning.